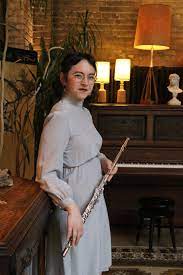 Jennifer Burke is a Milwaukee based flutist and co-founder of Black Cat Ensemble and Microcosm Ensemble.

In addition to performing, Jennifer has 10+ year experience teaching privater flute/ piccolo lessons and sectionals, as well as general music for grades k3-8th. 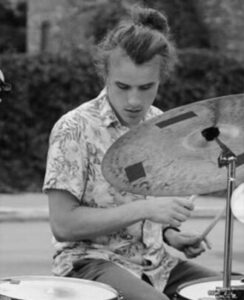 His skills cover a wide variety of genres including, R&B, rock, metal, jazz, hip hop, neo-soul, and many more. Currently, he plays in numerous groups throughout the Milwaukee area such as, The Peter Behlmer Experience, Pocket Change, The Funk Club Wagon, The Sunkin’ Suns, and Solar Plexus, to name a few. All of these groups keep him busy and active in the local scene – both playing live and in the studio.

Peter began playing the drums during high school where he quickly began to receive accolades including, The Woody Herman Jazz Award and numerous A ratings at the WSMA solo and ensemble festival. After high school, he attended the Berklee College of Music and studied drum set performance for 4 years. While there, he studied under many world-renowned drummers including James Murphy, Dave DiCenso, Henrique de Almeida, Kim Plainfield, Casey Scheuerell, and many more.

The skills he learned while at Berklee have helped him in his musicality and technicality on the drum set which have led to his success in the music scene. In addition to musicianship, Peter learned many teaching skills from the world’s best instructors. He uses those methods to create unique lesson plans for every student he meets. These methods create quick results and useful skills for musicians of all levels. Bass trombonist Mark Hoelscher is a member of the Chicago-based Millar Brass Ensemble and is an Edwards artist/clinician. He freelances with groups in the Chicago, Milwaukee, and Madison areas and is an active teacher and coach. Mark holds a Master’s Degree in trombone performance from Kent State University and an undergraduate degree in trombone from Wichita State University. As a fellowship recipient at the Aspen Music Festival, he performed with the Festival Jazz Ensemble, Chamber Symphony and Festival Orchestra and studied chamber music with American Brass Quintet. He is an active studio musician and has toured nationally and internationally with classical and pops orchestras, as well as big bands and touring shows. Hoelscher has performed with the Hamilton Philharmonic and Symphony Hamilton (Hamilton Ontario, Canada), the Canton Symphony, and was a member of the Wichita Symphony. Since moving to Milwaukee in 1993, he has performed with such groups as the Chicago Sinfonietta, Milwaukee Symphony, Elgin Symphony, Chicago Civic Orchestra, Milwaukee Ballet Orchestra, Present Music, Madison Symphony Orchestra, and the Wisconsin Chamber Orchestra. 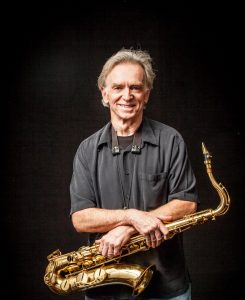 He toured the Northeast in the 19th Army Band with such luminaries as Grover Washington, Jr and Billy Cobham. Mike has played saxophone on shows with Gladys Knight, David Ruffin and Dianna Ross and The Supremes. He taught music for fifteen years in the Milwaukee Public Schools as a traveling music teacher and conducted at two Milwaukee Biennial Music Festivals.

Additionally, he teaches private students on flute, clarinet as well as soprano, alto, tenor and baritone saxophones. Mike has been teaching privately at Brass Bell Music Store since 1994, taught at The Waukesha County Conservatory of Music for nine years and has had the great pleasure of teaching in the summer music program for Shorewood School District. 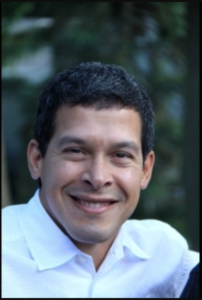